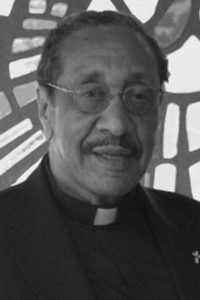 Born in Marion, NC, Deacon Earl was ordained a Permanent Deacon of the Archdiocese of New Orleans, LA, on June 10, 2006, at St. Louis Cathedral where he was also confirmed. His initial assignments as an Archdiocesan Deacon were St. James Major Catholic Church and the Chaplin for the Ozanam Inn, both located in New Orleans, his adopted hometown.

Retired from Shell Oil, Royal Dutch Group, he and his family moved to the foothills of northwest Georgia in 2007. He is married to Mrs. Assunta Gourrier Jackson. They have 3 adult children and 6 grandchildren. Two of his many personal interests are studying world & bible history, and traveling with Assunta. His services at St. Thomas the Apostle Catholic Church and Parish include liturgies, premarital counseling, premarital preparations, baptisms, along with conducting Church and Homebound Eucharistic Ministry training seminars.

St. Thomas The Apostle Catholic Church is located in the Archdiocese of Atlanta, Georgia.

Founded in 1966, the Parish of Saint Thomas the Apostle in Smyrna, Georgia,

staffed by the Missionaries of Our Lady of La Salette.